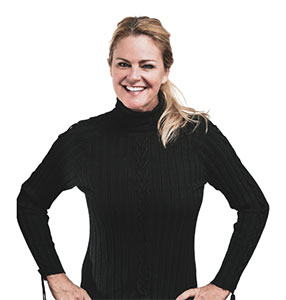 Holly Haynes, Owner of Shag-A-licious online retail store and design studio, made a move from East Texas to Steamboat Springs, Colorado back in May of 2007.

She was a General Contractor in Texas, owning her own building business called Holly Boren Construction for over 15 years and employing many sub contractors. She was involved every year in Parade of Homes where thousands of people toured her properties, she developed sub-divisions and did work for Habitat for Humanity as well. She was a member of the Building Association on the National and State level and was on the board for local level several years in a row.

Interior Design has always been a huge part of Holly’s company as she not only built the homes she also designed them and did all the interiors as well.

She just says after raising five children you just KNOW what the women want and need in the homes. She was known for her speed in building, her top notch crew and above all her attention to each detail she put in the homes. She has had clients vying each other for her homes and ending up selling usually for more than the asking price.

Her credentials in this field on the State and National level are too many to name but the highlight came in 2004 when Southern Living Magazine contacted her after an editor had seen an article in another magazine on her building career on an American Airlines flight. Southern Living then sent a crew to Tyler, Texas and spent 2 days doing an incredible article on this Texas Homebuilder and what all she does for her community.

The other highlight came in 2019 when International Living contacted her and featured her story on living and designing in the Caribbean Islands.

Holly also had the privilege of moving to a small Caribbean Island in Central America, called Ambergris Caye in Belize. She was there for 3 years where she sold millions of dollars worth of Real Estate with Sotheby’s International Realty before branching out and starting her own Real Estate Company & Design Firm called The Blue Water Collection.

Within that firm she built her own restaurant on a tiny landing strip next to the ocean called K’s Diner, named after her late mother Kay. There she introduced “Southern” food to an island that had no idea what Chicken Fried Steak was let alone biscuits, gravy or grits for that matter.

She did many renovations & remodels on the island and designed and furnished many, many homes.

The challenge for her was learning to use local products and when unavailable waiting for packed full shipping containers to arrive weeks later via an ocean liner to the ports.

Holly returned to the states to care for her ailing father with terminal cancer but remains active in both Central America and the Rocky Mountains of Colorado.

Since moving to what she calls, “THE BOAT,” she has been blessed with hundreds of families, Real Estate Agents, second home owners, restaurants, and groups who needed a complete renovation, complete design/ re-design, or just Home Staging to help them move forward and enjoy life!

Holly is also an ASP certified accredited Home Stager. She has staged 100’s of Show & Model homes, condos, town homes, duplexes, and apartments over the years. She has been involved in the process of buying, selling and flipping of properties also.

There are a few things that stand out about Holly. First and foremost is how she feels about her Faith and her family. Second she feels VERY passionate that your home you live in should express your personality and create a space full of two things: joy & peace. Thirdly that you should 100% be involved from the beginning when selling your home with Home Staging in any given market, up or down. 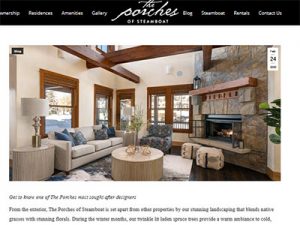 Read About Holly’s Design Work with The Porches of Steamboat

Holly says people would never put their car in the paper for sell without detailing it first. WHY in the world would someone put their home, such an investment, on the market without first getting it SHOW ready, you only have 15 seconds to make the first impression. Your investment in ASP Home Staging will always be less than your first price reduction. Also, the way you live in your home and the way we market and sell your home are two different things.